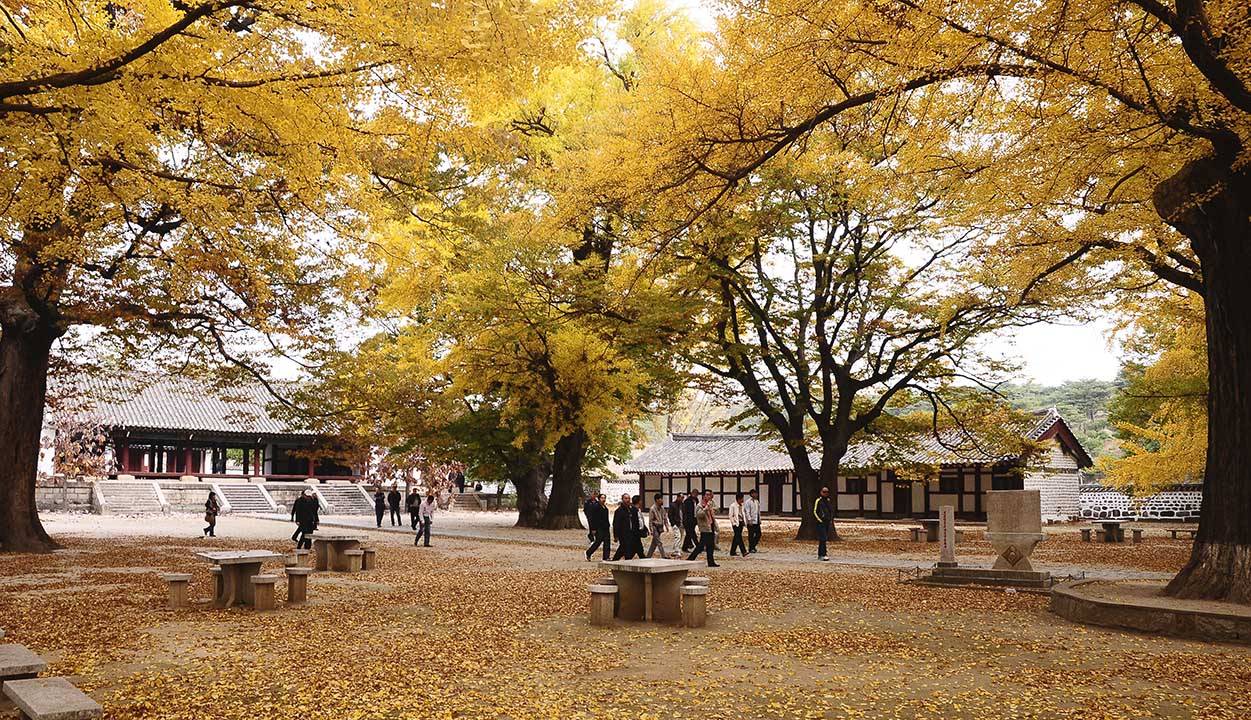 Kaesong and the DMZ

The ancient Koryo dynasty capital of Korea, Kaesong is a designated UNESCO World Heritage Site containing numerous historic examples of 10th – 14th century architecture. Just south of the city is Panmunjom, the de-militarised zone or DMZ as it is commonly known, where the painful realities of the division of the Korean peninsula are only too apparent. We highly recommend all customers to visit the DMZ to get a sense of what this division means for the Korean people.

This site is of course well known across the globe as the embodiment of the physical separation of Korea. All visitors to the DPRK should visit this place to witness for themselves the prevailing atmosphere and painful reality of a divided nation for over 60 years. One of the tensest places on the planet, it is here that the armistice of 1953 was signed, and you will visit the very hall where this event took place. You will then make your way to the Joint Security Area, and the five buildings directly straddling the demarcation line. Soldiers from both sides eye each other up suspiciously, and the two country’s respective pavilions face each other across the border. There are few other places in the world where travellers can appreciate the phrase ‘living history’ with such magnitude.

Originally a Confucian educational facility of the Koryo dynasty, this collection of buildings now hosts a museum displaying over 1,000 artifacts and materials of the Koryo era. Within the grounds of the museum are ancient gingko and zelkova trees. There is also an excellent souvenir shop on site where good quality ginseng products can be purchased at relatively modest prices.

Here you will see the twin tombs of King Kongmin and his queen. He ascended the throne in 1352, and after his wife passed away he designed and built the tombs for seven years, finishing in 1372. There are sculptures of civil and military servants on both sides, and a house for memorial services.

This was originally the south gate of the inner fort of Kaesong, in the days as a walled city, built between 1391 and 1393. It houses the Bell of Yanbok Temple, one of the 5 famous bells of Korea, cast in 1346 and moved here after the original temple housing it was burnt down in 1563. It weighs around 14 tonnes in weight.

Situated around 25 kilometres north of Kaesong, these waterfalls stretch to some 37 metres in height and fall into an 8 metre wide round pool called Pakyon. It is one of the three famous waterfalls of the country.

A strategic viewpoint around 30 minutes East of Kaesong will allow you to see this defensive line, apparently built across the entire Southern side of the DMZ. An explanation will be provided by a KPA Army Officer.