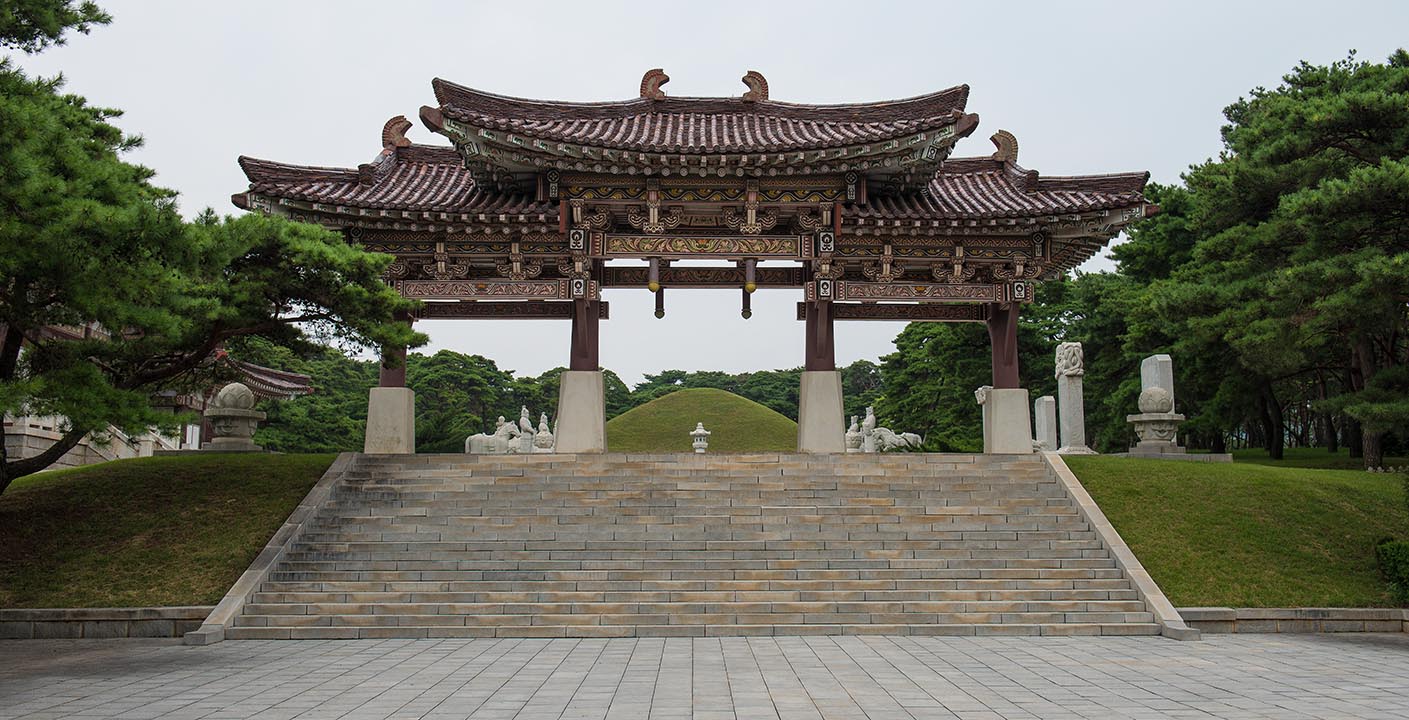 Situated on Mangyong Hill and providing pleasant views of the Taedong river, this is the childhood home of President Kim Il Sung, born here in a cottage on April 15th 1912. The site contains numerous items from his childhood and from around the family home. It is a sacred site for the citizens of the DPRK, who visit here in large numbers.

The original gate was built in the 6th century as the East gate of the inner castle of Pyongyang, situated on the bank of the Taedong river. The present gate was rebuilt in 1635 and consists of a substantial granite base with traditional Korean architecture.

Situated next to the Taedong Gate, it was cast in 1726 during the Ri dynasty to toll the hour during normal times, and to warn of invasion in times of conflict. It is 3.1 metres in height, and weight nearly 13 metric tones.

Two of the oldest extant buildings in Pyongyang, the former was built in 1492 and the latter in 1325. These temples were used to hold memorial services.

Nestled at the foot of Mount Taesong and built in 392, it is an unusual architectural style with a 2 storey hall. It also contains living quarters for monks, several gates, and other monuments.

This is the tomb of the founder king of Koguryo, located 25 kilometres from the city centre. It was moved to its present site in 427. It is divided into a mausoleum section, Jongnung Tample and tombs of his subjects.

This gate was built in the mid 6th century as the North gate to the inner castle of the walled city of Pyongyang. It derives its name from the legenday Great Bear; and it is also known as the ‘Gate of Love’.