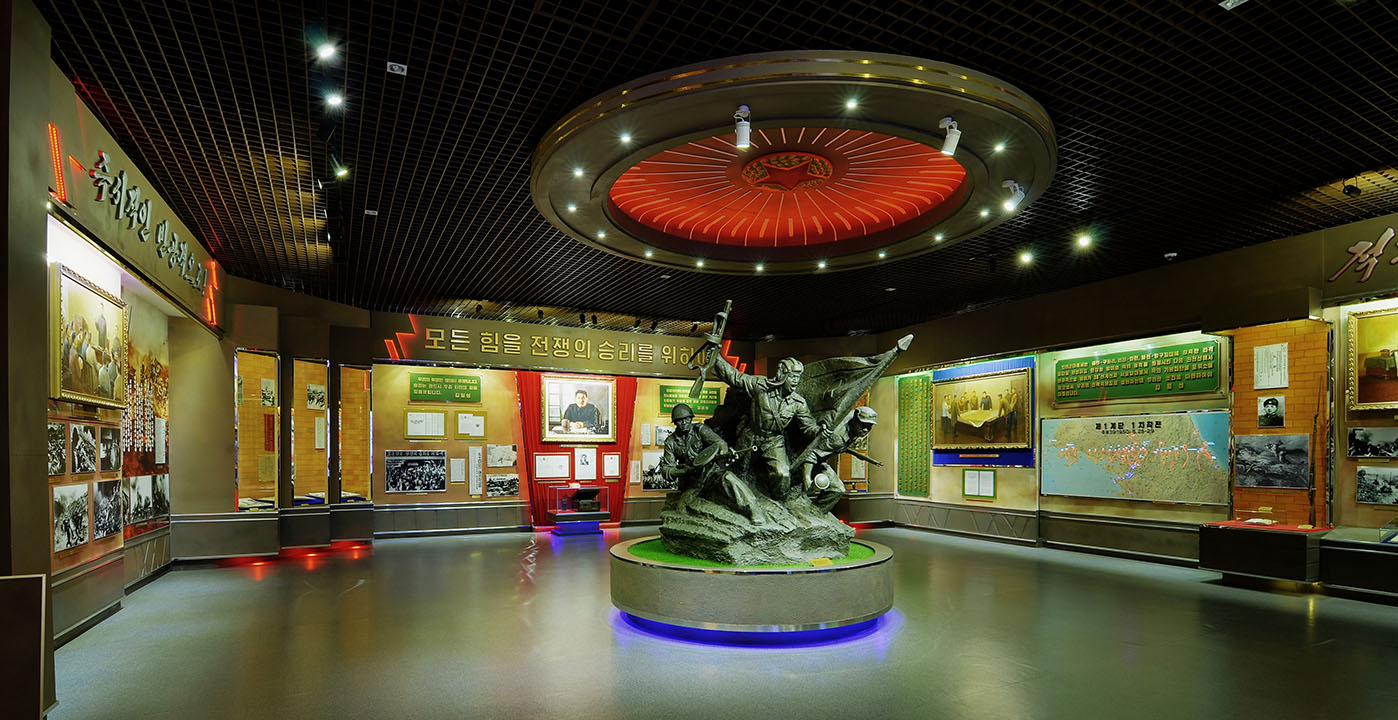 This highly impressive, monumental museum displays the history of the Korean War through the eyes of the DPRK. It is a vast complex, entirely re-built in 2012 with countless exhibition rooms and mock-up displays. There is an outside display area of military equipment including captured US and UN forces tanks, aeroplanes and weapons, as well as examples of DPRK military equipment used during the war. The most impressive sight however is the huge revolving and hand painted 360 degree battle panorama depicting the Battle of Taejon, complete with 3D effects and surround sound.

The museum also incorporates the captured US spy ship Pueblo. This vessel was the catalyst for a dramatic international showdown between the DPRK and the USA in 1968. The vessel was a US Navy spy ship which allegedly conducted acts of espionage in Korean waters, and was stormed and captured by the Korean navy.

You will be shown around complex by a Korean People’s Army guide, who will provide a detailed explanation and answer any questions you may have.

This expansive site shows the achievements of the Korean people’s 3 Revolutions of Ideology, Technology and Culture. It contains within its grounds numerous exhibition halls for works of the Juche idea, heavy industry, agriculture, new technology and so on.

A fascinating look into the developments of railway construction across the country in the post-war era. Perhaps the most impressive part is the huge diorama showing Kim Il Sung providing field guidance to a large construction project. There is also a small locomotive shed to the side, in which one can view various historic engines.

An insight into the design, construction and operation of the Pyongyang Metro, which opened from 1969. There is another great diorama depicting the builders’ valiant struggle against the elements as they pushed for its completion.

Located to the South-West of Pyongyang en route to Nampo, this newly constructed hall showcases all the gifts presented by Korean (North, South and Overseas) to the Leaders. It is lavishly decorated and provides an intriguing insight into DPRK culture.